Annadolys Linares (AKA “Anna”) has worked as an RBT (registered behavior technician) in the ABA therapy team at FOCUS Therapy, a pediatric therapy clinic in Fort Myers, since 2022.

Abby Coggins has been a FOCUS Therapy Receptionist since 2022.

A native of Georgia, she enjoys the year-round sunshine of Florida, beach volleyball games, and being surrounded by all the friends and loved ones who also call South Florida home.

After graduating high school in February 2022, Abby married her high school sweetheart and soon after joined the FOCUS Therapy staff in Fort Myers.

“FOCUS is truly a family environment, and everyone is so extremely welcoming and super kind,” Coggins said. “I love seeing all the children’s smiling faces. It makes my whole day!”

Kethia Fleury joined FOCUS Therapy in Fort Myers as an ABA Coordinator in 2022.

Trained as a medical administrative assistant and medical billing & coding specialist, Fleury moved to South Florida from St. Maarten to start a career in the health care field. Her previous experience includes working as an ophthalmology assistant and as a medical biller and supervisor at a gastrointestinal doctor’s office. She is fluent not only in English, but also Spanish, French, and Haitian Creole.

She enjoys the friendly and caring environment at FOCUS Therapy.

In her spare time, she spends time with her sons, Facetimes with her mother in St. Maarten, and watches telenovelas (which is how she taught herself to understand/speak Spanish!). She is also a big soccer fan – especially when it comes to Lionel Messi.

Evelyn Suarez is the FOCUS Therapy Office Manager. Bilingual in English and Spanish, she has 15+ years experience in healthcare office management in supervisory/staff lead roles. She’s held a position in every department that a clinical setting entails.

At FOCUS, she plays an active role in developing and implementing clinic policies and procedures, oversees FOCUS staff within the practice, and maintains accounts payable and receivable.

Born and raised in Miami, FL, Evelyn moved to Cape Coral in 2020, along with her husband and three children. She enjoys spending time outdoors – especially with her family – as well as reading, cooking, farming and walking movies. She and her family are also remain actively involved in their home church in Miami. 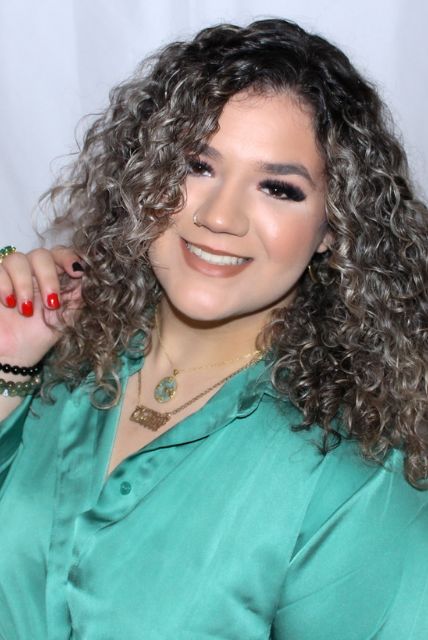 Chantall Bennett (Chanty for short) is a licensed CNA (certified nurse assistant) who is bilingual (English & Spanish) and works as a FOCUS Therapy authorization coordinator.

Born in Naples and growing up in Fort Myers, she savors the sunshine, beach time, and socializing.

Enrolled in nursing school, she joined FOCUS Therapy as a receptionist in 2022. Soon after, she was promoted to authorization coordinator.

“The children are so sweet and amazing little balls of energy,” she said. “They absolutely brighten every day.”

Bailey Wheeler, an Ohio native, was drawn to Southwest Florida for its sandy beaches and year-round sunshine. She was drawn to FOCUS Therapy by a desire to work with kids. She began as a receptionist, and was later promoted to Intake Coordinator.

Bailey has a bachelor’s degree in psychology and criminology from the University of South Florida.

“I love the family-like environment at FOCUS,” Bailey said. “All the staff and therapists work closely together to ensure days run smoothly and children are being taken care of.”

When she’s not working the front desk at FOCUS, she enjoys being with her family, laughing, and relaxing poolside. 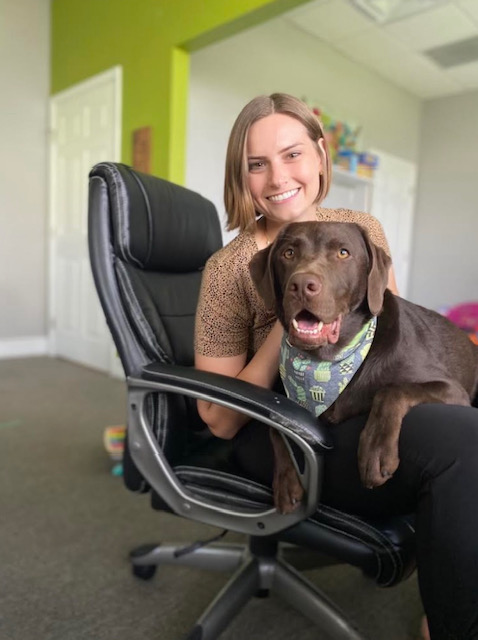 Zeke is a lovable Chocolate Labrador and a certified therapy dog as of August 2021. His owner is our very own Lauren Ayala, a speech therapist at FOCUS Therapy. 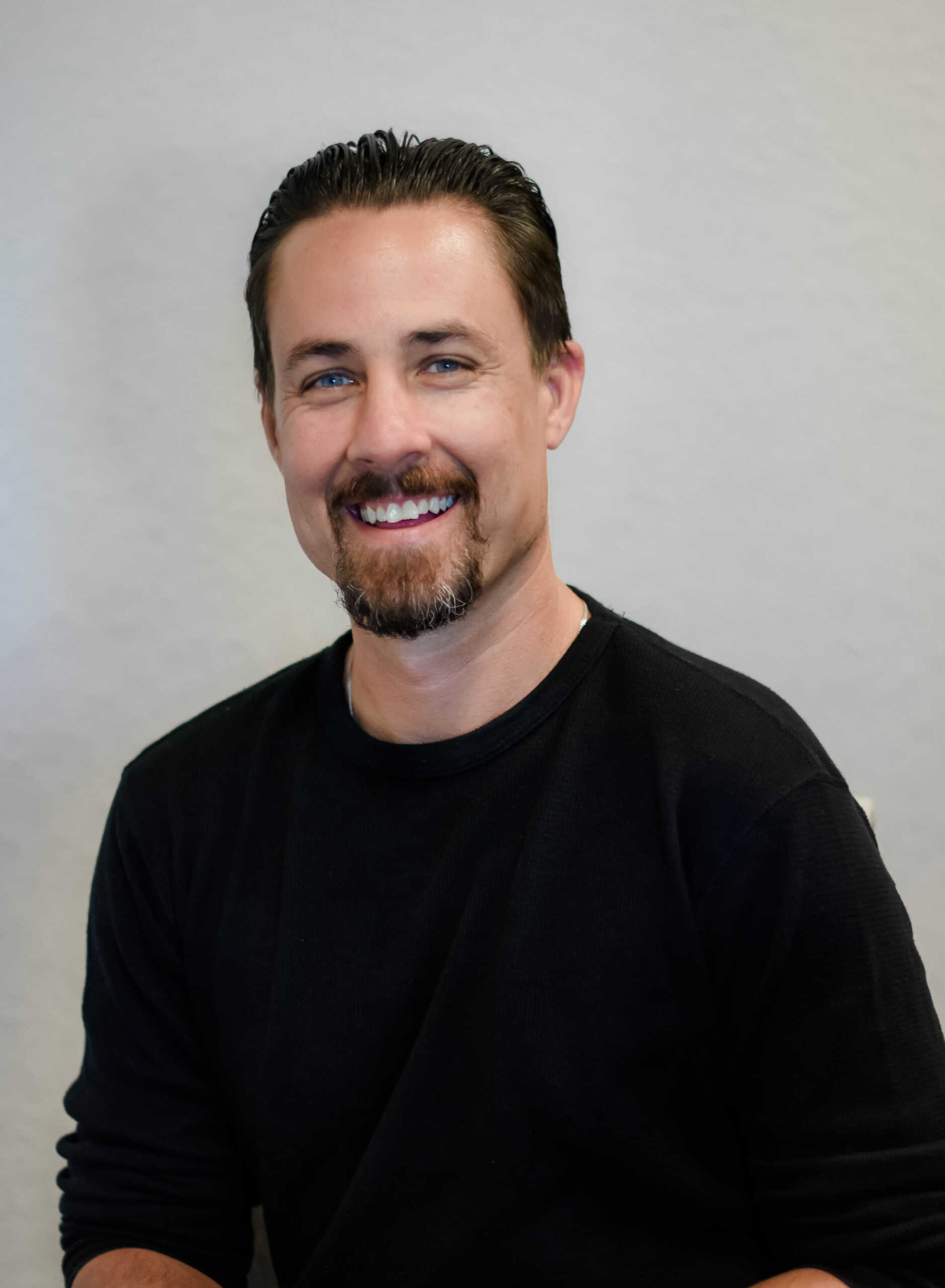 Christopher Pomazanko is a COTA/L who has been with the occupational therapy team at FOCUS since 2019.

He was always drawn to the medical field. After graduating from Michigan State University in 2005, he was initially slated to study diagnostic medical sonography at Keiser University. He switched majors, though, after striking up a conversation with the head of the Occupational Therapy Department.

“After an hour of talking, we both decided my personality was more suited for being an occupational therapist,” he says.

He earned his associate’s degree as an occupational therapy assistant in 2017. He has experience in geriatrics as well as pediatrics.

“In pediatrics, I enjoy seeing children with autism who had difficulty with social engagement come out of their shell and start to play and really engage with their peers,” he says. “I like the fact that kids don’t really know they’re receiving therapy. They think they’re here to play! I get to tell my friends and family that I get to play with Legos, build obstacle courses and color all day at work.”

Chris grew up in the suburbs of Detroit, 30 minutes north of the city, on 11 acres of land with a pond, pool, and barn. He speaks both English and Polish, and has a small, close family that carries on the Polish traditions of his grandparents, who immigrated from the Central European country. Here in Southwest Florida, he enjoys warm weather, beaches, and the fact that he doesn’t have to defrost his car windows each morning.

“I shovel sunshine, not snow, and I love the way sunscreen smells in January!”

At FOCUS, he’s found a tight-knit, family-like environment. Working with therapists of all disciplines, he says, has been a true asset in achieving success and helping kids meet their goals.

Although the goals and strategies to reach them vary from child to child, Chris aims to make every session fun.

“I also never take myself too seriously – because kids won’t, and they will humble you rather quickly,” he joked. “I will always treat the individual, not the diagnosis. I plan my sessions in a way that makes kids want to return. This is a fun destination where they get to play everyday – not a chore.”