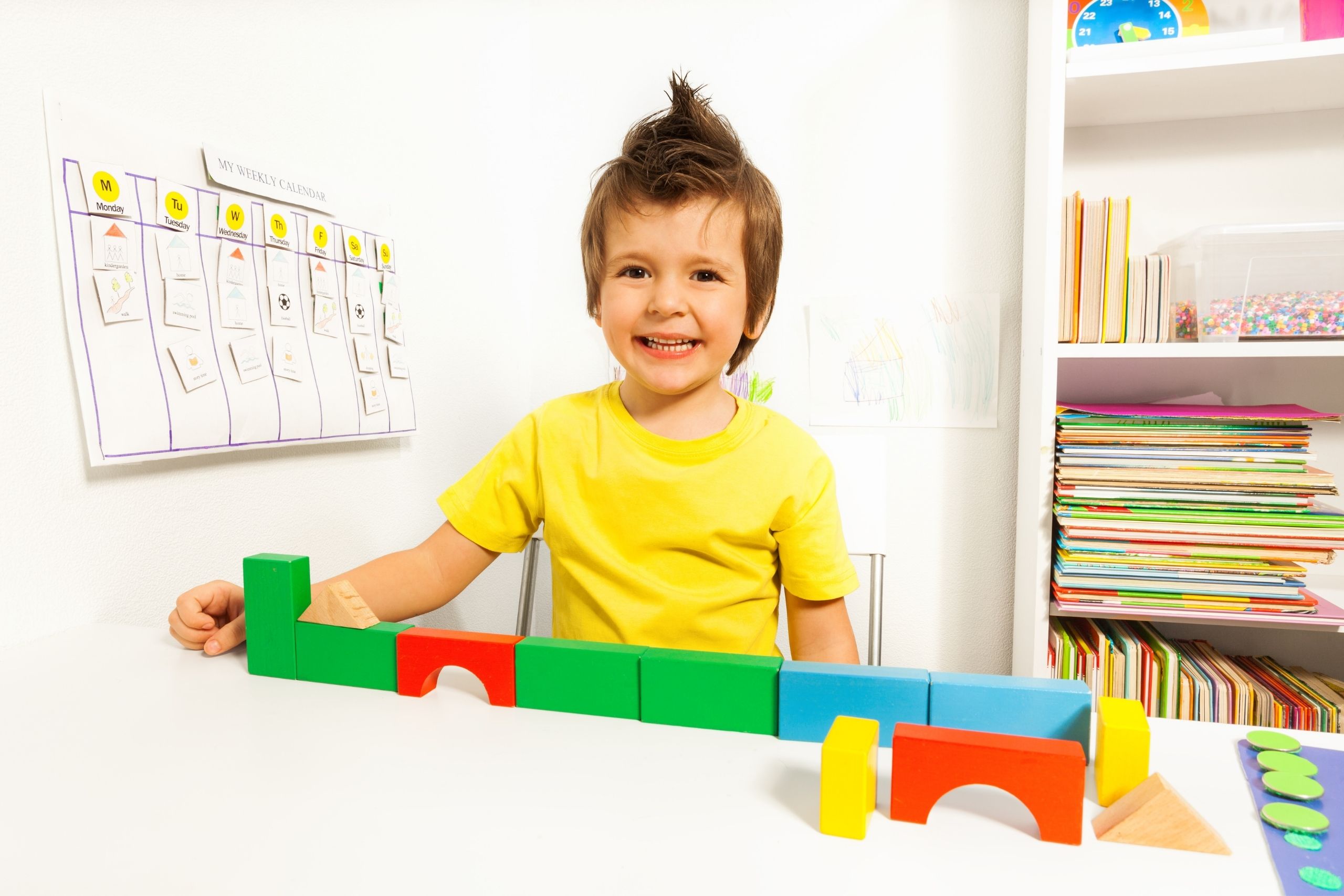 Behavior therapy – specifically, applied behavioral analysis, begins with understanding the science of behavior. At our Fort Myers ABA therapy clinics, we use this understanding to employ specific strategies proven to help children with autism and other conditions achieve their goals – ultimately allowing them to gain greater independence and engage more fully with the world around them and people in it.

As explained by the American Psychological Association, ABA therapy is an evidence-based practice, meaning it’s supported by peer-reviewed literature. It identifies the motivation behind the behavior before addressing it with one or more proven strategies.

Each Fort Myers ABA therapy plan of care must reflect what reinforcements are most effective with that specific child, with clear goals we want to see them meet within a set time frame. Our ABA therapy team then works with kids one-on-one with them – day after day, week after week, and month after month, and sometimes year after year. We want to see them thriving in all environments – from home to school to play dates to community events – to the fullest extent of their capabilities.

Most all strategies involve some use of the ABC’s of behavior. That is, we study the Antecedent, then the Behavior itself, then the Consequence. By studying each element, we can determine what is the motive or what’s being communicated by that behavior – and then change either the antecedent or the consequence with the goal of altering the behavior.

The behaviors we’re targeting could be as simple as making eye contact with someone talking to them or pointing to an object to request it. Sometimes these skills are difficult for children on the autism spectrum.

Positive reinforcers must be delivered immediately after the behavior to be effective.

Our Fort Myers ABA therapy team frequently uses discrete trial training, which involves breaking down important skills into smaller (or “discrete”) components. Then each element of that skill is introduced the child one at a time. The child then receives positive reinforcement after completing each element. The therapist doesn’t move on to the next element until the first is mastered.

DTT was one of the very first interventions proven to be effective for children with autism.

We start with a discriminative stimulus, which is a short, clear instruction or question relevant to the task, such as “Do this,” “what is this?” or “read.” We make sure we first have the child’s attention. That is then followed by the child’s response, something clearly defined and observable. Then we implement a consequence, which is a stimulus change after the response, intended to increase or decrease the future frequency of that behavior. Then we have an intertrial interval, which is a brief pause, before we begin the process again.

Antecedent-based interventions in ABA therapy involve altering the elements of a situation or environment that might trigger an unexpected or challenging behavior.

For example, let’s say that your child is extremely sensitive to or distracted by certain auditory stimuli. A conversation on the other side of the room might distract your child, preventing them from focusing. Or perhaps it bothers them to the extent they have a meltdown. Antecedent-based interventions would involve modifying the environment to reduce the likelihood that the stimulus would trigger the interfering behavior.

We might also provide choices. Let’s say the child’s meltdown is triggered by a request to complete a non-preferred activity, such as a spelling worksheet. We might alter the antecedent (what happens right before the behavior) by giving the child a choice of three worksheets. Or we might present a choice of a different way to complete the assignment. Providing a choice that puts them in greater control is more likely to result in them completing the worksheet – rather than simply ending it with a defiant no.

This is a Fort Myers ABA therapy strategy that specifically targets unexpected or problem behaviors. The idea is that some problem behaviors are continued by the child because they are being positively reinforced – whether we realize it or not.

For example, if a child is looking for attention, they may get very loud. This will result in the child getting attention – and they may not mind that the attention is negative. If they receive attention – even if it’s in the form of a distressed or angry caregiver – the behavior is being reinforced.

Another example would be that a child wants to get out of a certain situation. They don’t want to be at the store, so they throw themselves on the floor and begin screaming, crying, and kicking. The parent takes them out of the store for a time-out. Even if the time-out was intended to be a punishment, it’s actually served as an unintentional reinforcement for that behavior.

Extinction is a technique that involves lack of reinforcement. Instead of turning our attention to the child who is yelling and throwing themselves on the floor, we’re completely ignoring it. The child learns that the behavior is no longer effective in getting them what they wanted. We pair this with the positive reinforcement of giving them AMPLE attention when they behave in a way that is expected.

Modeling is when the therapist shows the child what the behavior looks like by engaging in it themselves.

Modeling is simply allowing children to learn by watching. Children often will pick this up naturally, but those with autism spectrum disorder and other conditions may need more prompting than others to observe and then imitate.

These are just a few examples of the ABA therapy techniques we use at our FOCUS Fort Myers ABA therapy clinics. If you have questions about ABA therapy or are looking for a local provider of ABA in Southwest Florida, we can help.

FOCUS offers ABA Therapy in Fort Myers and throughout Southwest Florida. Call (239) 313.5049 or Contact Us online.