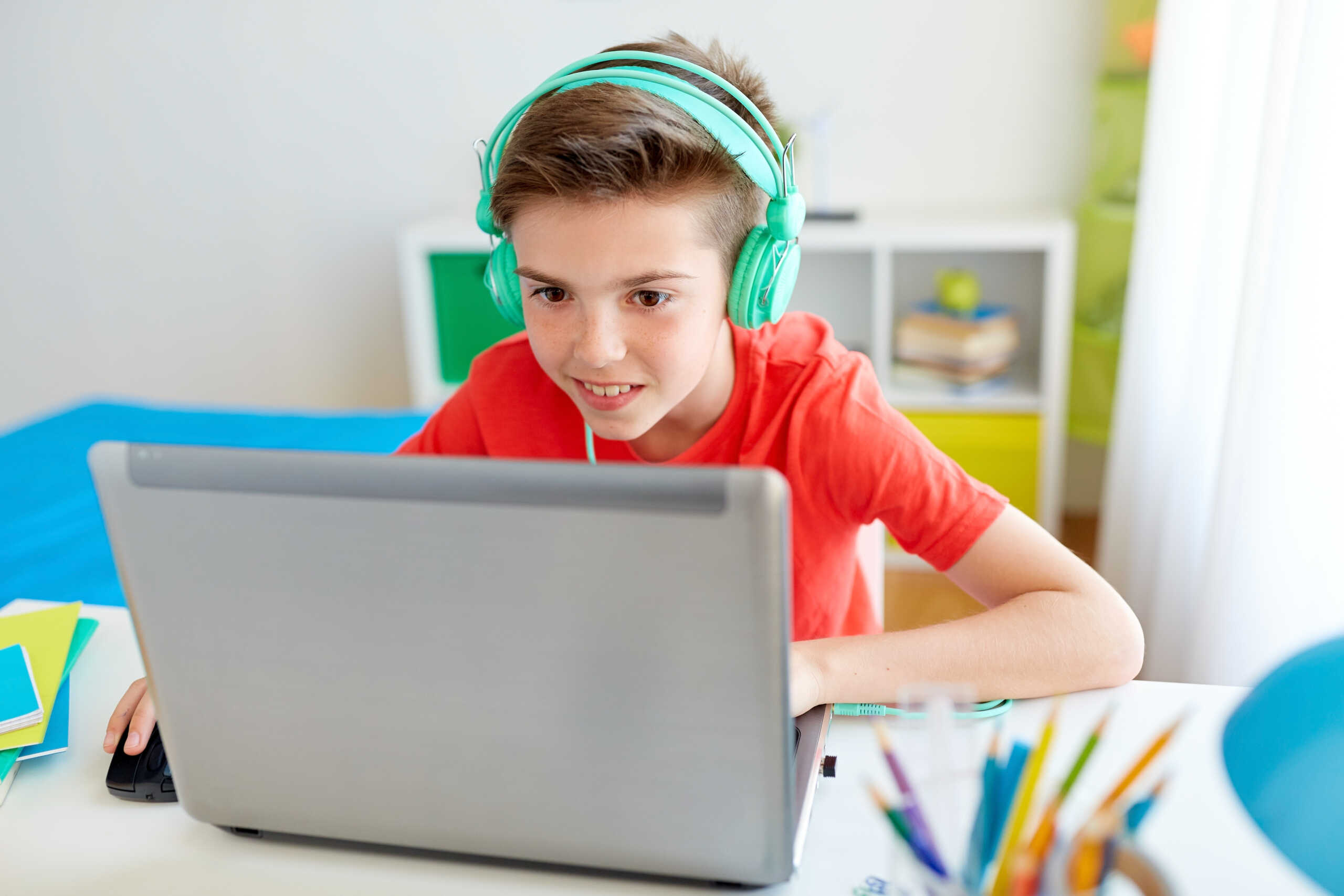 What Teletherapy Taught Me: A FOCUS Parent’s Perspective

Earlier this year, prior to the pandemic, one of our son’s speech therapists from FOCUS approached me with what seemed at the time an absurd idea: Would we consider allowing him to do some of his speech therapy sessions via teletherapy? He’d be a great candidate, she said. She also thought it might help us with our busy schedule.

That last part was tempting, but…

Seriously, how could it? He would NEVER sit for a full session without a therapist physically in front of him, I thought.

Our son was diagnosed with autism spectrum disorder and ADHD at 18-months-old, beginning our journey of intensive therapy schedules, specialist appointments, IEPs and support groups. It was an overwhelming time simply because of what we didn’t know: Whether he would ever speak, have meaningful relationships or achieve the same things as other kids.

I’m a bit sheepish to admit now, but when we first started therapy, I didn’t realize parents weren’t encouraged to sit in on every therapy session. At the time, though, no one said anything. So I sat in the corner of the room, quietly watching, observing like a fly on the wall, careful not to interject. And I learned SO much about the techniques and strategies the therapists were employing to help my son talk and tackle the functions of daily life. As I absorbed all this information, I began to grow more confident in his abilities. My own too. For all the difficulties and hurdles we faced, we were also discovering all the AMAZING ways his mind works. He could do this. WE could do this.

Later, I stopped going into his sessions, but still watched as day after day, week after week, month after month and year after year – slowly (and sometimes in fits and starts), he began catching up to his peers. Therapy really does work!

Faithfully after each session, FOCUS therapists would fill me in on all the details of what they worked on, challenges they faced and ways we could practice greater consistency and carryover at home and in school. Still, I did find that I sometimes missed seeing some of the progress in action.

Then came the pandemic. School closures. Day care closures. Therapy center closures. Suddenly, the only way he was going to continue to get therapy services for a time was through teletherapy.

“Well, here goes nothing,” I thought.

Luckily, FOCUS already had a teletherapy department up and running. In fact, it had been featured in Florida Weekly just weeks before the clinic was forced to temporarily close. I considered us fortunate that we had this stop-gap, an imperfect, temporary solution to an all-around bad situation. And for some parents, it turned out to be exactly that. But for us, it turned out to be a wonderful, eye-opening learning experience.

Why Occupational, Speech Teletherapy Works for Us

Initially, I was not convinced it would go well. But to my surprise, for the most part: He loved it. Not every time, of course. I certainly can’t pretend it’s been without its challenges. But truth be told: In-person therapy has its challenges too. Some days are good, and others… well, you know.

But teletherapy gave me an opportunity to gain deeper insight into WHY some days were better than others – and how we could be active participants in improving it.

I first began studying the practice of teletherapy in general. I found ample and growing research that for many kids, teletherapy can be just as effective as in-person therapy. It depends on the child, the diagnosis, how far along they are in their treatment, etc. It’s not for everyone. But for some kids, it’s every bit as good as seeing a therapist face-to-face. It does sometimes require a little more parent involvement during sessions, but if we’re being honest: It’s not like in-person therapy works well either if parents expect the therapists and kids to do all the work. 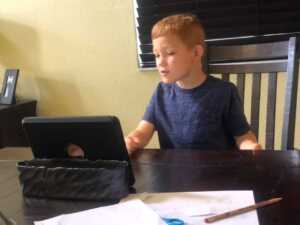 Worth noting: Teletherapy is very different than sticking him in front of a video game or a movie (something about which I was worried). The whole session is interactive. The point is to get him engaged and talking. There are clear expectations. The therapists set up visual schedules and rewards systems. He enjoys choosing his “stickers,” picking out fun backgrounds for the therapists or checking off his achievement boxes one-by-one. In sitting nearby, clacking away on my own computer, I realized I once again had the chance to passively observe, to soak in the techniques his therapists were using – why they were using them, what worked and what didn’t.

Sometimes, I’m simply within earshot while his therapist handles the whole session, start-to-finish. Even just hearing in the background the terminology they use, seeing the way he responds, observing the importance of his visual schedules and rewards – all of that naturally finds its way more into our day-to-day vocabulary and interactions with him, resulting in better carryover of the skills they’re trying to teach him.

Other times, I need to jump in to give some physical redirection or hand-over-hand assistance. But I’ve found that these moments have meant valuable, hands-on learning for me as much as my son. The therapist guides us through the challenges in real time, and those lessons are more prone to stick.

I also began to better understand the importance of something his occupational therapists had been gently pressing me on for months prior to our switch to teletherapy: A more consistent sensory diet. They had asked a few times (ok, more than a few) if I might consider stopping at the playground with him before in-person sessions to allow him to burn off some energy so he could better focus during therapy. Time-wise, it didn’t seem realistic. But as I watched during teletherapy – I witnessed the HUGE difference it made when he spent just 10 to 15 minutes prior to a session playing guided “heavy-work” games like bear crawl races or jumping jacks contests. It wasn’t that I didn’t believe what his therapists were telling me before. I just always felt so pressed for time, and I didn’t appreciate the significance of the cost-benefit. Actually seeing it – doing those exercises with him during a session, realizing how simple it could be and what a difference it made – compelled me to make it much more of a priority.

Now, it’s something we make a point to do not just before therapy, but any brain-intensive activity. What’s more, we actually have a bit more time to devote to this because teletherapy allowed us to eliminate the back-and-forth trips to the clinic every other day. As my husband and I are both small business owners, that aspect alone has granted us a lot of relief, especially during such a stressful economic time.

To be fair: I fully recognize our positive experience isn’t shared by everyone. For some kids and families, in-person therapy services are critical. Many were desperate for them to return, and for their sake, I’m grateful that they have. I do look forward someday to our son returning to the clinic, at least part-time (if nothing else for all the great hugs I know he’s missing out on!). But for now, as our family continues to social distance and we embark on at least another year of virtual learning, FOCUS teletherapy has proven a vital lifeline for our son and our family. I expect to continue at least some of his services via teletherapy, even after the threat of the pandemic has fully passed. I can confidently say: I’m no longer a teletherapy skeptic.

FOCUS Therapy is an excellent teletherapy source if you live in Florida and are interested in giving it a try.

FOCUS Therapy offers speech, ABA, physical and occupational therapy for children in Fort Myers and throughout Southwest Florida. Call (239) 313.5049 or Contact Us online for more information.