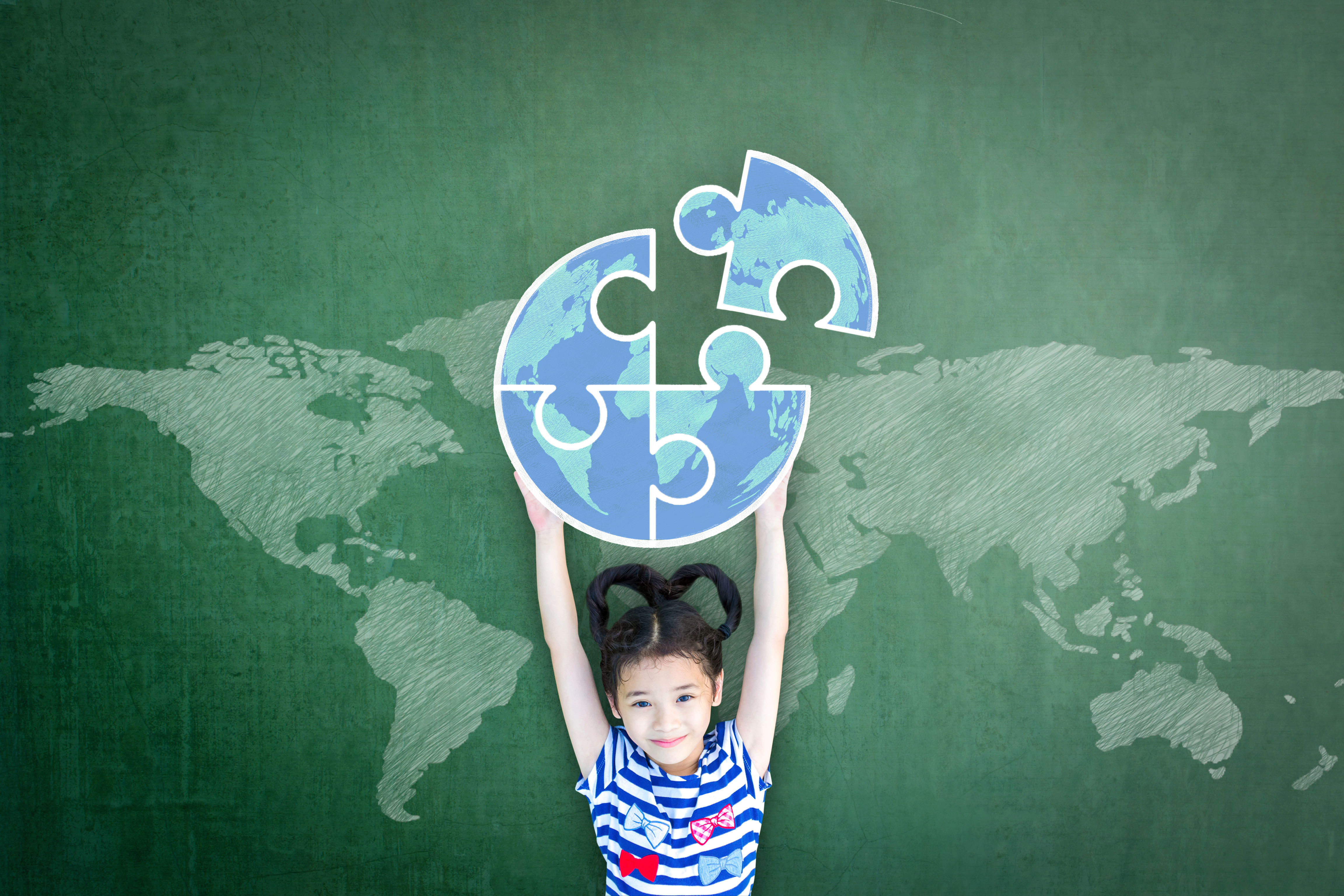 Why We Still Need Autism Awareness: Perspective From Fort Myers Therapists for Children With Autism

Social media newsfeeds everywhere will be suddenly awash today with blue light bulbs and puzzle piece art, marking World Autism Awareness Day (every April 2nd) and the beginning of National Autism Awareness Month. At FOCUS, members of our team have been providing Fort Myers therapy for children with autism (and many other conditions) for more than a decade now.

Occasionally during Autism Awareness Month, we come across questions/hear sentiments like:

To that last question, we say: All. The. Yes.
We’re aware of some controversy within the autism community about the April awareness campaigns and whether they’re truly helpful to families navigating ASD daily. Some wonder whether autism awareness falls short in offering a full and fair representation of the whole autism community. Some assert we should be promoting acceptance rather than awareness. None of these points are invalid because frankly, the spectrum is so broad and every child with autism (and the adults supporting them) experiences and processes it uniquely, so everyone’s perspective here is to be respected.
Our take as FOCUS Fort Myers therapists for children with autism (which include speech therapists, occupational therapists, physical therapists and ABA therapists) is that we DO still need autism awareness – around the world, in the U.S., in Florida and right here in Fort Myers.
Here’s why:

People Still Don’t Always Know Autism When They See It.
Autism is defined as a developmental disability identified by specific criteria that includes deficits in communication, social interaction and is commonly marked by restrictive, repetitive behavior patterns, activities and interests that are can persist throughout life. It’s dissimilar to conditions like Down Syndrome or paraplegia in that it’s not always immediately apparent on the surface. (We’ve heard parents of a few ASD patients lament on occasion receiving a well-meaning remark from others to the effect of: “But he looks normal!” It’s not generally considered a compliment because it insinuates one’s condition is somehow not real because it can’t be easily seen).
The autism spectrum is vast. In providing therapy for children with autism in Fort Myers, we’ve found great truth in the phrase, “If you’ve met one person with autism… You’ve met one person with autism.” They are certainly not all stereotypical “Rain Man“-like savants with amazing memories or artistic abilities (though some are). They don’t universally have a phenomenally high IQ (though some do and many are very bright). Some seek excess sensory input (requiring it for calm). Others avoid sensory stimulation like the plague (and must be taught a measure of tolerance).  Co-morbidity of other conditions like ADHD, intellectual disability, Down Syndrome, OCD, ODD serves to further broaden the spectrum.
Helping teachers, family members, neighbors, classmates, emergency first responders and others recognize that autism doesn’t look like just one specific thing improves the chances they’ll have a better intuit when they see it – and respond in a way that is compassionate and understanding.

A LOT Of People Have Autism.

Prevalence estimates vary. We mentioned above the latest CDC figures. There have also been recent estimates published in peer-reviewed journals like Pediatrics and JAMA Pediatrics indicating autism prevalence may actually be as high as 1 in every 40 children in the U.S., with roughly one-third of those not receiving treatment (a fact deeply concerning to our FOCUS therapists).

Even if a Person With Autism Isn’t In Your Home, They’re Increasingly In Your Schools, Workplaces, Worship Services, Social Circles and Beyond

As we noted in a recent FOCUS Fort Myers ABA Therapy Blog, roughly 500,000 teens with autism are poised to enter the workforce over the next decade (per autism awareness advocates at Advancing Futures for Adults with Autism). While many people with autism have numerous valuable, unique gifts that can be a major benefit in a wide range of industries and organizations, many adults with autism struggle to land their first job. Four in 10 don’t work at all in their 20s and some struggle for basic independence.

In employment and education sectors, people with autism often require some accommodations, but they contribute not just diversity but useful skills and exceptional perspective.

When more people have a heightened sense of how prevalent autism is and better grasp the expanse of the spectrum, recognizing both associated challenges AND ways in which individuals with autism can be valuable contributing members in our communities, the more inclusive of a culture we become. That makes the world a more welcoming place for people with autism – and the rest of us are better off for it too.

Autism Awareness Helps to Ensure More Support Programs Are In Place to Help.

Organizations seeking greater autism awareness by-and-large aren’t pushing for a “cure.” But awareness is still important because it improves public backing for not just research that might help us pinpoint its cause (which we still don’t know), it boosts the availability of invaluable support services and training in our schools, our workplaces, public safety agencies, health care providers, recreational outlets (sports, movie theaters, theme parks, etc.) and society in general. Children with autism are safer when more people understand their condition (especially in the event of an emergency situations). Awareness also augments quality of life for people with autism. Promoting acceptance and inclusion makes it more likely typically-developing children won’t be deterred in interacting with peers  who have ASD (or ideally, those with any disorder) and visa versa. This also reduces bullying – a problem researchers have discovered affects a stunning 63 percent of children with autism spectrum disorder.

In raising awareness, we reduce stigmas and stereotypes and help parents, educators and health care providers not only better recognize the red flags – but also be unafraid to seek early intervention therapy for autism as soon as possible. Think about it: If your child had diabetes or cancer, you wouldn’t hesitate to seek the necessary resources to treat their condition. Autism should be no different, yet many parents of young children on the spectrum resist the diagnosis early on, either because they don’t think it looks like “real autism” or because they’re afraid of the implications of that label. But a medical diagnosis of autism for a young child opens the doors to early, intensive intervention plan that has proven almost universally to have the best outcomes.

Intervention services involve regular, prescribed therapies like speech & language, occupational and behavior therapy. As FOCUS Therapy founder/owner Jennifer Voltz said recently, “Every single child I have seen with an autism diagnosis – every one we got to before they turned 5 – has made SIGNIFICANT improvements.” She recalled just in the last year beginning treatment for a 2-year-old she described as “very severe.” Within six months of intensive early intervention therapy, he was talking.

If you suspect your child may have autism, no matter how young, it’s important to understand that a wait-and-see approach is usually not the best. Persist in seeking answers and assistance. Although most children with an autism diagnosis come to us for the first time between the ages of 18 months and 4 years, our FOCUS therapists have treated children even younger. The earlier we can intervene – particularly with language/communication and social interaction deficits – the better the results.

The Florida Department of Health has a host of Florida Autism Resources. Lee Health, which serves Southwest Florida (in Lee and Collier Counties), offers the services of a professional autism navigator, and frequently conducts free autism screenings. And of course, the dedicated, knowledgeable pediatric therapists at FOCUS Therapy Fort Myers are always here to help. We offer free screenings for therapy services (which can be conducted prior to a formal evaluation, which is done with a pediatrician’s referral). Contact us any time with questions or concerns.