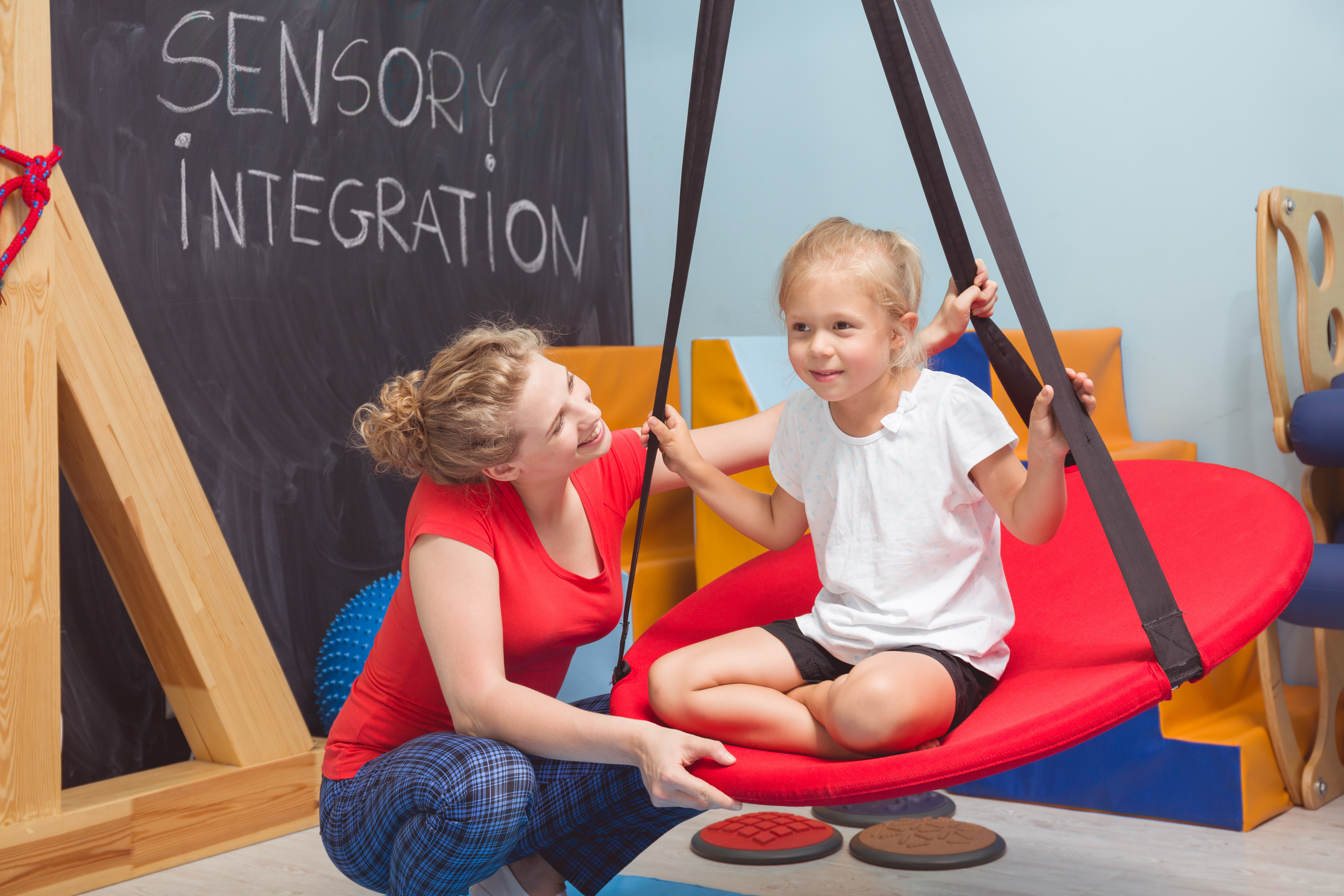 Sensory processing disorder is when the brain has difficulty receiving and responding to information obtained via the senses. Although it’s not formally recognized as a distinct medical diagnosis, our occupational therapists in Fort Myers know it’s very real and something with which many children struggle, impacting the ability to successfully engage in everything from toothbrushing routines to consuming a healthy diet to paying attention to a math lesson or playing a game with peers.

It can manifest in the form of being overly-sensitive to certain environmental factors. For example, someone with sensory processing disorder may be so keenly aware of sounds or light touches, it may to them seem physically painful. A child with sensory processing disorder might also seem uncoordinated, have difficulty engaging in play or conversation or have difficulty telling where there limbs are in space. Certain textures, tastes, smells, sounds, brightness and movement can become overwhelming, and sometimes make an otherwise ordinary task seem unbearable.

A recent analysis published in the American Journal of Occupational Therapy examined the state of research on sensory integration for children, finding that in recent years, this area of academic study has shifted from sensory processing and integration problems to emphasizing the occupational performance challenges that result from these problems. More recent research looks at overcoming challenges in detecting, interpreting and adaptively responding to sensory stimuli affecting a child’s ability to participate occupations that are both meaningful and valuable. “Participation” here could mean anything from entering a highly complex professional field of study to engaging in key “occupations” of daily living, such as getting enough rest and sleep, playing, adapting to a school environment and participating in basic social interactions.

This area of study is relatively new from a medical standpoint, but the good news is the quality and rigor of these analyses is steadily improving, and the more we know about this condition, the better we are at finding effective methods to treat it.

Regardless of the exact focus of the study, researchers have soundly concluded that occupational therapy interventions for sensory processing disorder – particularly for children – have a positive outcome.For example, a 2012 case study published in the AJOT noted remarkable changes in adaptive behaviors of a child with autism during an intensive 10-week occupational therapy program that used a sensory integrative approach. The 5-year-old child had demonstrated hyperresponsivity to auditory, tactile and oral-tactile sensory inputs (i.e., startled easily, became distressed during loud conversations, showed distress anytime someone groomed his face or while touching certain textures or being touched by another person, was an extremely picky eater and almost always refused new foods and sought out movement activity that interfered with his daily routine). He scored low in communication (receptive and expressive), personal daily living skills, interpersonal relationships and coping skills.

Researchers found that even within this relatively brief 10-week window, they found the child was able to participate more successfully in dressing. His bedtime routine no longer required excessive rocking (and he could fall asleep independently). His attention in school was “so much better,” according to his teacher, and he was not having as much difficulty interacting with peers. His mother reported being able to make trips and make unexpected stops without him having a complete meltdown. He was less distractable and, his mother reported, seemingly happier.

Occupational therapy for sensory processing disorder typically takes longer than 10 weeks. Even this child will likely require more of it to cope with new challenges. But having this foundation from an early age can help children better cope – and attain higher levels of success – throughout their formative, teen and adult years.

State of the Science of Sensory Integration Research With Children and Youth, Dec. 2017, The American Journal of Occupational Therapy