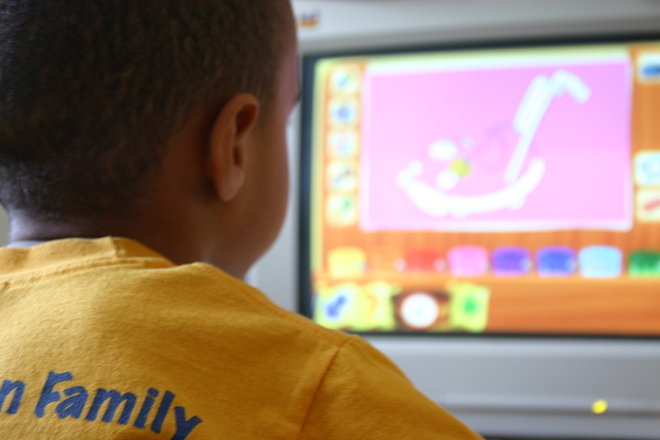 An increase of screen time among young children – particularly involving smartphones and iPads – may heighten the risk of a speech delay, according to new research presented at the 2017 Pediatric Academic Societies Meeting.

As Science Daily reports, the analysis examines whether handheld screen time use is associated with an increase in language delays among infants. Over the course of four years, researchers looked at how closely about 900 children, ages 6 months to 2 years, interacted with electronic devices. Then they compared their rates of language and speech delay.

Expressive language skills are broadly understood to describe how a person communicates their wants or needs. It encompasses both verbal and non-verbal communication, such as facial expressions, gestures, vocabulary and syntax (grammar rules).

Further, Pew estimates about half the American public now has a tablet computer. Although these are less widespread than smartphones, they have still become incredibly common in a very short period of time.

Our speech therapists in Fort Myers recognize that with even more kids likely to have greater access to smartphones and other devices, there is an increased potential for problems.

Why Smartphones May Stunt Growth

To be clear: It’s not that smartphones are inherently evil. In fact, there are some ways in which they can actually be helpful with therapy, depending on the individual child and the context.

However, the American Academy of Pediatrics recommend limiting digital media exposure for all children, stipulating that toddlers under 2 should get no more than 2 hours of television per day. For children ages 2 to 5, screen time should be limited to approximately one hour each day. Children who are 6 and older, the AAP recommends, should not have unrestricted access to screen time, and parents should closely monitor their use.

Doctors say that because babies appear to be the most vulnerable to the negative effects, infants younger than 18 shouldn’t get any screen time. When babies are given access to smartphones, it limits important adult-child interactions that are immensely important for both brain development and healthy relationship building.

Tips for Smarter Smartphone Use

Of course, it’s nearly impossible to completely do away with digital media in this modern world. But we can work toward limiting our own digital media habits – particularly at home – in order to model healthier use for our kids.

The AAP recommends designated screen-free times and places – i.e., dinner, driving, bedrooms, etc. The more face-to-face interactions you have with your child, the more they will advance in their communicative development.

Of course, this does not mean if your child has a speech delay that it’s your fault because you let him watch Daniel Tiger on your phone every once in a while. It just means we all need to be more conscious and aware of how screen time may be affecting our kids, and monitor it closely.

If you are concerned your child may have a speech delay, our pediatric speech therapists in Fort Myers offer free screenings.

Letting a baby play on an iPad might lead to speech delays, study says, May 4, 2017, By Kelly Wallace, CNN