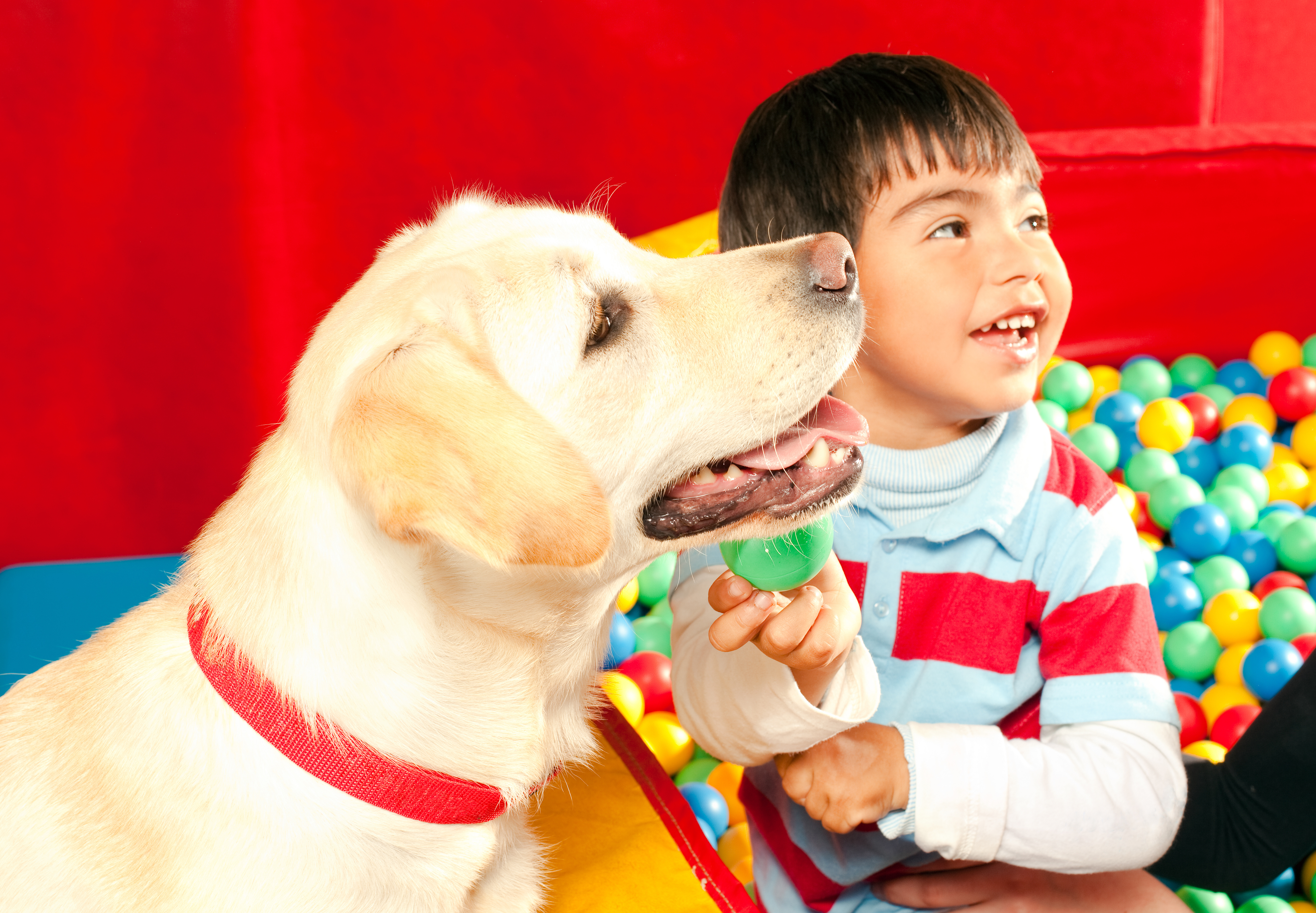 A loyal, affectionate dog can be a kid’s best friend. Recently, a speech therapy study found that introducing animals – dogs especially – into speech therapy can help strengthen the intervention and make those lessons “stick.”

In a randomized control trial published by Czech researchers in Anthrozoos, researchers compared more than three dozen children ages 4 to 7 receiving traditional speech therapy services for developmental dysphasia to the same number and age group receiving animal-assisted speech therapy with a dog. What they discovered was that the presence of a dog during speech therapy helped foster a better relationship between the therapist and the child, in turn resulting in the child being more engaged and more apt to learn the lessons and skills being imparted.

FOCUS Fort Myers speech therapy for kids doesn’t actively employ a therapy dog, but we do occasionally bring in our calmest canines and other furry friends to say hello. It’s true that animals are a great “conversation starter” for anyone. Children can be highly motivated by animals, especially those that are attentive, loving and patient. Even children intimidated by dogs may warm up the longer the dog remains calmly nearby.

If your child does have a registered therapy dog of their own, we can explore with you the possibility of bringing the pup in and incorporating that into some aspect of our speech therapy services.

What is Developmental Dysphasia?

The children in this study had been diagnosed with developmental dysphasia, which is a specific language disorder that usually involves trouble both speaking and understanding words. It’s not the result of autism spectrum disorder, intellectual deficits, sensorimotor problems or any other developmental impairments. It can’t be explained by a child’s social/ home environment and there is no evidence of anything like a brain tumor.

The most common treatment prescribed for children with developmental dysphasia is speech therapy, though the length of time and approach taken will depend on the severity of the child’s symptoms. Many kids with this condition may have trouble learning to read (which is something occupational therapists and speech therapists can continue to try to work on with your child, in addition to the assistance he or she is getting in school). In some cases, children may struggle with language into adolescence. The earlier you seek intervention with speech therapy, the more effective our lessons will be – as is true with all speech disorders and developmental delays and disabilities.

Why Are Dogs Helpful in Speech Therapy?

The therapy dog in this research was a middle-aged, female Peruvian Hairless dog. In speech therapy sessions with the dog, children made a number of significant improvements when prompted, like smiling, narrowing and shutting their eyes and filling up their cheeks with “bubbles” compared to those in speech therapy without a dog.

Additionally, researchers concluded children working with a dog in sessions were generally more open to communicating with their speech-language pathologist, making more natural gestures and expressions during sessions.

Just having a dog at home in and of itself can be great for any child, helping to form a bond and learn responsibility. Research has shown that children with special needs especially benefit from having an animal to love. Study authors at the University of Missouri’s Research Center for Animal-Human Interaction discovered that when children with autism form attachments to pets – especially dogs and smaller animals like cats and rabbits – they develop stronger communication and social skills.

In that study, researchers surveyed parents of 70 children between the ages of 8 and 18 who had been diagnosed with autism spectrum disorder and asked whether they had any pets. They discovered those who had pets at home were more likely to be assertive in social situations and were better at making introductions and asking questions.

Parents in the study said having a dog in the family resulted in their child with autism not only having a companion, but a great source of stress relief, and it was good for teaching the child responsibility.