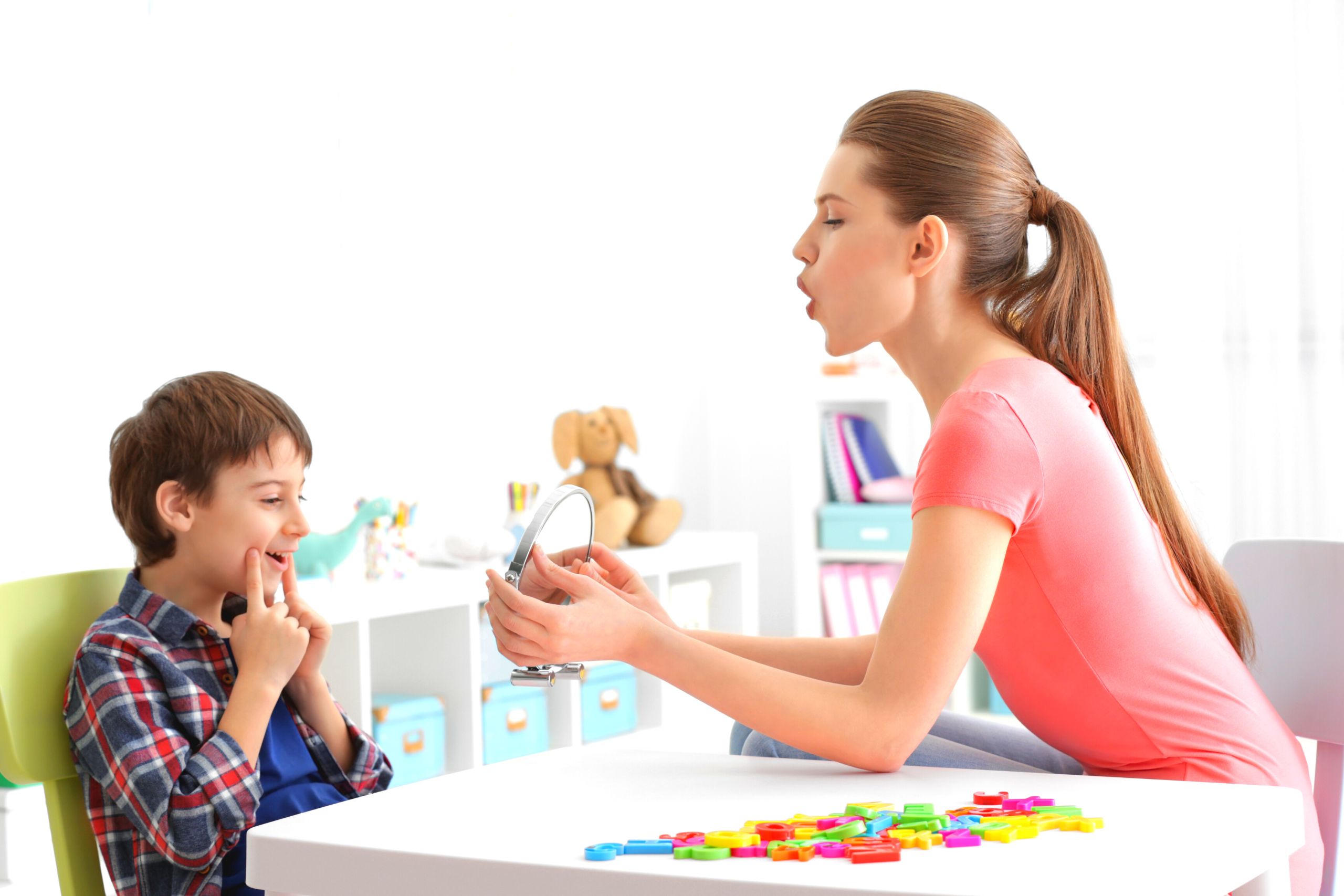 If you’re concerned that your child may have a speech-language disorder – you aren’t alone. The American Speech-Language Hearing Association (ASHA) estimates 8 percent of U.S. kids ages 3 to 17 (about 1 in 12) have a disorder related to speech, voice, language, or swallowing. Kids younger than 3 can be diagnosed with speech & language disorders and delays too. As dedicated providers of Fort Myers speech therapy for kids, we can firmly attest to the remarkable positive impact of early intervention therapies. Children whose speech & language disorders are identified and treated very early are more likely to have no discernable communication issues as they get older.

The effectiveness of your child’s Fort Myers speech therapy (and other early interventions like ABA therapy and occupational therapy) depend on a number of factors, including:

Our knowledgeable, dedicated team of Southwest Florida speech-language pathologists at FOCUS Therapy is well-prepared to treat children with a broad range of delays and disorders. That said, there are some pediatric speech-language deficits that are more common than others.

Years ago, pediatricians tended to adhere to a “wait-and-see” approach, which basically involves hanging back and waiting to see if concerns about speech-language development were still lingering once a child hit school-age. That has largely shifted in favor of early diagnosis and treatment of speech-language disorders because research has shown more effective results with treatment the earlier interventions begin.

Researchers examining the reason behind early intervention’s effectiveness have largely concluded that the younger the child, the more malleable their brains. As noted by the CDC, these “neural circuits” are the connectors in a child’s brain. They are most easily adaptable during the first 3 years of life. For kids with speech-language delays and disorders, those neural circuits are often missing key connections. Early intervention helps reroute them.

Children begin recognizing recurring speech patterns during their first year of life. Babies 12-18-month-old can usually understand at least a few words in the absence of gestural or other cues. They can also usually produce at least a few intelligible words. These combined skills show them acquiring both expressive and receptive speech-language skills.

Of course, spotting a speech problem in a 2-year-old is a bit trickier than in a 6-year-old. That’s not to say evaluations should wait. It’s just that toddlers as a whole are only just starting to grasp speech patterns, so things like lisping and slurring and mispronunciations are fairly common. That’s why often with younger kids, our speech therapists are less concerned with the accuracy of their word articulation and more focused on whether and how they’re trying to communicate. If they’re older than 1 and not using any words, that could be cause for concern – particularly if they aren’t using gestures, displaying a understanding of what’s being said to them, or showing any notable response their own name. Those can be an indicator of bigger issue – possibly autism, but also maybe non-related speech-language delays or disorders. In any case, it’s better to have them evaluated sooner than later.

Another way to think about early intervention speech therapy: Early on, missed speech-language milestones will be counted in months. But let enough time go by without treatment, and the delay will compound by years. A child who receives Fort Myers speech therapy at 18 months may be 6 months delayed, while another child with similar delays but doesn’t start treatment until they are 3 will be 1.5 years behind. The earlier a child starts receiving therapy, the better chance they have to catch up sooner.

If you have additional questions about early intervention speech therapy for your child, we offer initial consultations as well as comprehensive speech-language evaluations and ADOS testing.

Why Act Early if You’re Concerned about Development? U.S. Centers for Disease Control and Prevention